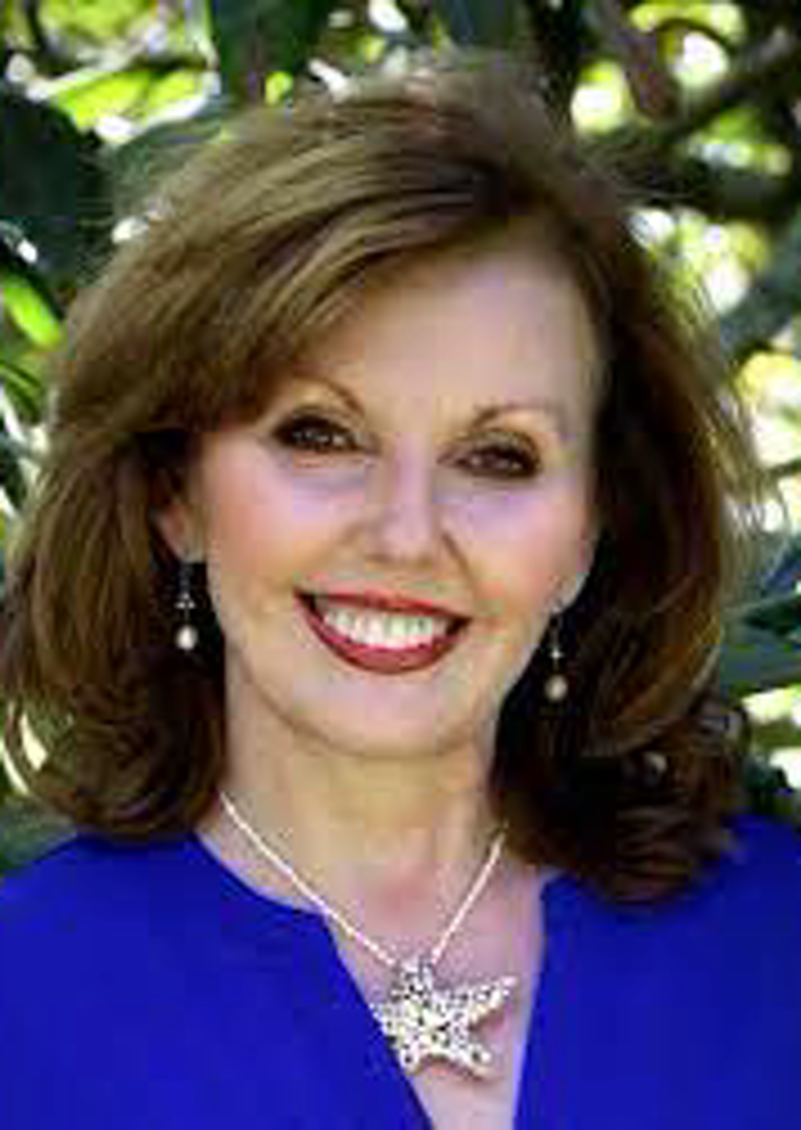 Rhonda first exploded on the national stage almost two decades ago with the wildly successful What Southern Women Know (That Every Woman Should), a book now in its 40th printing. The popularity of that book launched her as a storyteller who rivets audiences with tales of the South as seen through the eyes of its people. In 2019, a 20th Anniversary special updated edition will be released by Perigee, the original publisher who won the rights to the book after a four day auction in 1998.

Her latest book is Let Me Tell You Something, a collection of newspaper columns which also includes new stories and backstories. In her 2017 Mark My Words: A Memoir of Mama, she celebrated her readers’ favorite character – Mama – with stories about the woman once called “One of The South’s great characters.”

Her other books include: There’s A Better Day A-Comin’, a personal accounting of people who triumphed over tribulation by pushing through to find a better day; the best-selling What Southern Women Know About Faith, What Southern Women Know About Flirting, My Life in The Pits (a critically acclaimed memoir of her years in NASCAR racing as a reporter and publicist) and the novel, The Town That Came A-Courtin’, which was also a major television movie starring Lauren Holly and the much beloved Valerie Harper.

A former award-winning sports writer, Ronda returned to her newspaper roots in 2003 with a weekly column which appears in over fifty newspapers. Alternating between humorous, sentimental and wise, she delivers a punch of Southern life weekly to over a million readers who revel in a story well told, one that often is entwined with a moral or lesson learned.

She has appeared on dozens of television shows including The View, Fox and Friends, The Other Half, Fox Sports, CNN as well as in the pages of People, USA Today, Redbook, Cosmopolitan, New York Times, Washington Post, Southern Living and Woman’s Own.

Ronda and her husband, John Tinker, an Emmy award-winning television drama producer and writer, live in the countryside outside of Atlanta, Georgia. 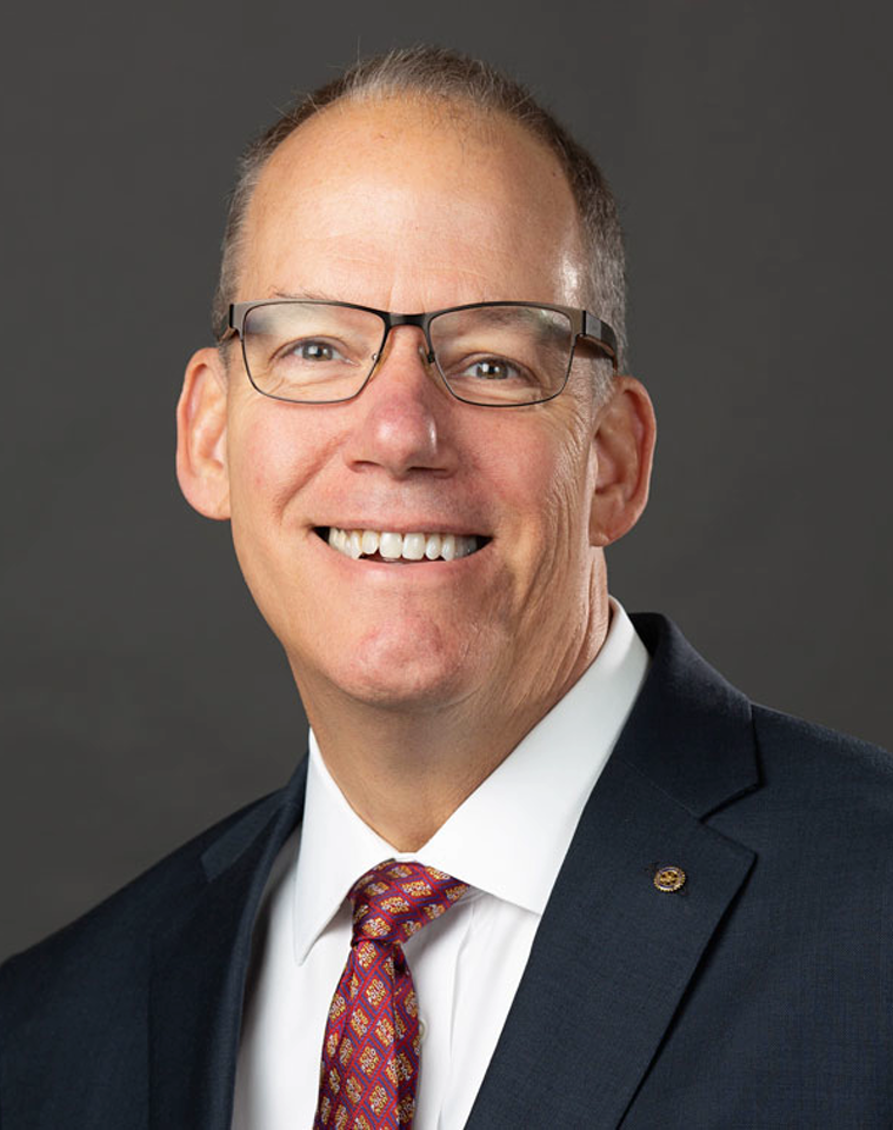 John Smarge has been a Rotarian and resident of Naples, Florida since 1982. His classification is Moving and Storage. John and his wife Cindy are Major Donors and Bequest Society Members.

John has twice been a Delegate to the Council on Legislation and as a member of the RI President Nominating Committee. He has served as a Rotary International Membership Coordinator, Regional Rotary Foundation Coordinator, Rotary Coordinator Training Leader and as Chair of multiple RI Committees.

In 2018 – 2019, John served as the Aide to Rotary International President, Barry Rassin.

John has received numerous awards for his Rotary Service including the Rotary Foundation Citation for Meritorious Service, the Distinguished Service Award the Rotary International Service above Self Award and was recognized in 1999 as the District 6960 Rotarian of The Decade.

John is a past Board Chairman of the Naples YMCA and served as Director on the board of the Boy Scouts of America, Shelter for Abused Women, Naples Girls Sports Foundation and Southern Community Bank. John and Cindy have three daughters and one granddaughter. 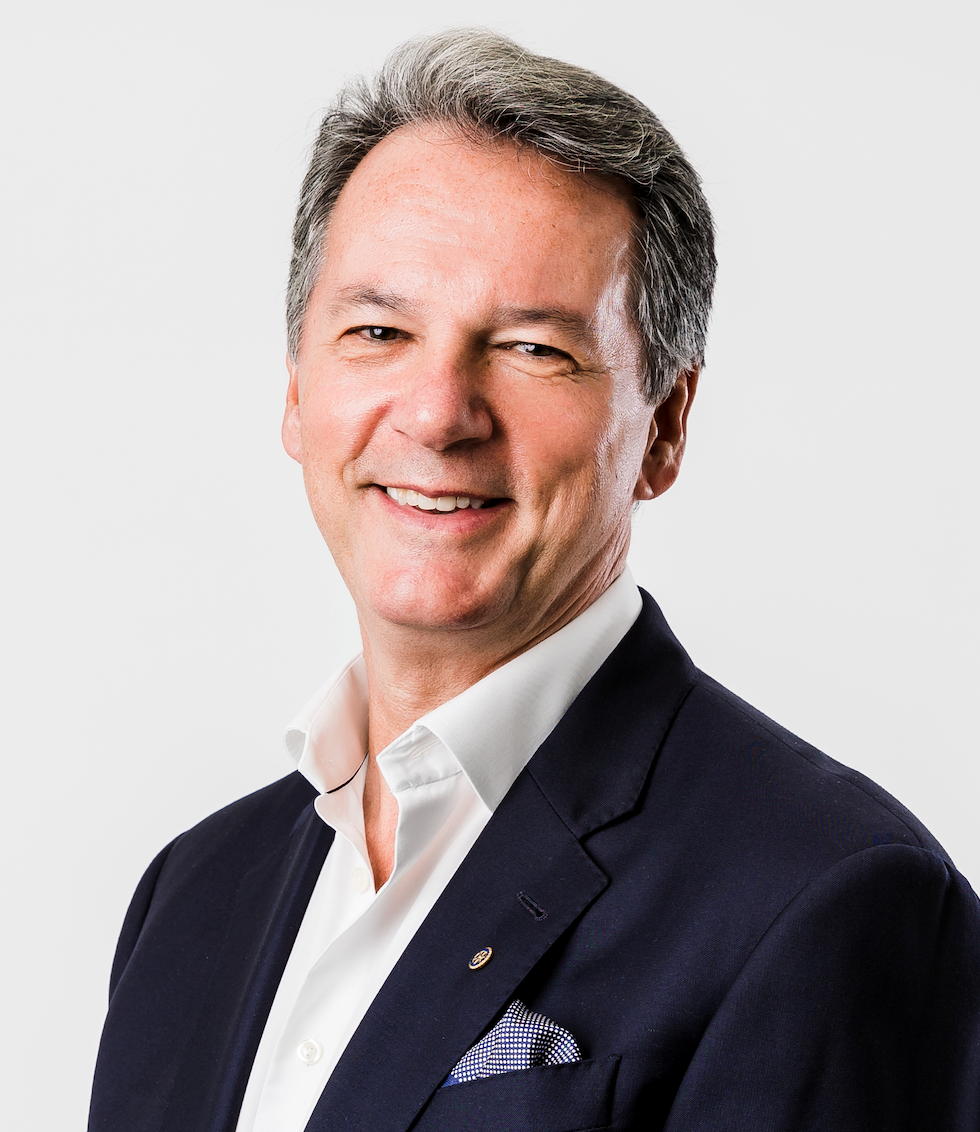 Jeremy Hurst is a 33-year Rotarian and Past President of the Rotary Club of Grand Cayman. He served as the 2013-14 District 7020 Governor in the French, English and Dutch speaking Northern Caribbean. He’s been a member of Zone 34’s Regional Coordinator Team and Regional Rotary Foundation Coordinator Team, as well as Rotary International’s Membership Committee and its Joint Committee on Partnerships.

Jeremy and his wife Michelle are Major Donors and members of the Bequest, Paul Harris and End Polio Societies. He is a recipient of the Rotary Foundation’s Citation for Meritorious Service and has been heavily involved in managing Rotary’s Disaster Relief efforts in the Caribbean. He is a passionate supporter of WASH initiatives and a founding member of HANWASH, the audacious Rotary-led partnership bringing clean water, improved sanitation and hygiene to all the citizens of Haiti.

He is similarly passionate about finding lasting solutions to Rotary’s membership challenges and is currently working with the Zones’ Regional Leadership Teams to build a Membership Action Plan.

Jeremy owns and operates the IRG group of companies providing a range of property services to the Cayman and other Caribbean markets. He currently chairs the Global Advisory Board of Leading Real Estate Companies of the World and sits on their main board.

Born in Rochester, England, he relocated to the Cayman Islands in 1988. He and Michelle love travelling and making the most of the unique opportunities to serve, build lifelong friendships and enjoy the fellowship that Rotary offers.